Welcome! This website uses cookies. These functional and analytical cookies do not collect personal data and help us to improve the website. Curious how this works? Click on the button for more information. Do you agree with the conditions? Then click on the green button.
Agreed More Information
Dolfinarium Harderwijk
Vorige Volgende

Among tourist attractions, the 13,343-acre Hoge Veluwe National Park offers an outstanding opportunity to take in art, history, nature, and exercise, all during the same visit.  This Dutch national park lies in Gelderland province and is close to the cities of Ede, Arnhem, Apeldoorn, and Wageningen.  Most of its landscape formed during the last Ice Age.  Individuals or families making a list of things to do in the Netherlands will want to include this park, one of the biggest continuous nature reserves in the country.

The park is the work of art collector and van Gogh fan Helene Kröller-Müller and her husband, Anton.  History buffs will enjoy seeing the St. Hubertus Hunting Lodge, which was completed in 1920 and which served as their country home, then their permanent residence.  The Park was formally opened to the public in 1935.  Designed by renowned Dutch architect Hendrik Petrus Berlage, it’s a park centerpiece and architectural masterpiece also filled with art.

Hoge Veluwe contains two other noteworthy structures.  The renowned Kröller-Müller Museum, which opened in 1938, contains the founders’ donated art collection.  It showcases world-famous works by artists like van Gogh, Picasso, Rodin, Suerat, and Mondrian.  The museum also hosts one of the most noteworthy sculpture gardens in Europe, with modern works that blend into a natural background.  More than 160 pieces are the creations of famous artists such as Auguste Rodin, Jean Dubuffet, Henry Moore, and Joep van Lieshout.

Among the tourist attractions is a second museum called the Museonder, which has collections based on the biology and geology of the area.  It bills itself as the world’s first underground museum.  Adults and children can descend farther and farther underground to explore subterranean structures like tree root systems, fossilized bones, and finally, the center of the planet. 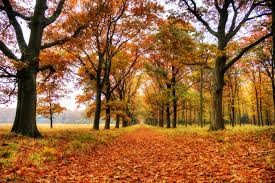 Visitors who love nature have an opportunity to experience it first-hand by hiking or taking advantage of 1,800 free white bicycles.  Much of the park is inaccessible by motor vehicle.  Wildlife commonly seen throughout the park include red deer, wild boars, mouflons (Corsican sheep), Moor frogs, and grass snakes.  The enchantingly variable landscape includes gorgeous forests, sand drifts, meres, ponds, and heath lands.  While some visitors love experiencing nature on their own, others enjoy signing up for a safari, a four-hour walk with a forester.

It’s possible to explore the park’s tourist attractions independently or via guides.  Visitors can also take advantage of organized events such as Horse Day or the National Stag Bellowing Championship, along with musical performances.  Some children’s activities are available in Dutch.

When considering things to do in Holland, visitors will want to plan to see as much as possible of the Hoge Veluwe National Park, often called “The Green Treasure of the Netherlands.”

Parking is available.  Nearby train stations in Arnhem and Apeldoorn feature buses that link to the park.

Hours and Prices:
Daily hours vary per month.  Check the park site for exact times and for admission prices.

Stay in the Center of Holland?

Taste the atmosphere in our cottages, book now! Eekhoornnest Holiday Village has many types of rental accommodations that fit the needs and budgets of vacationers and families of all sizes. Receive a 10% discount by using the coupon code: 9047eh. Book Your Accommodation

More about the Netherlands